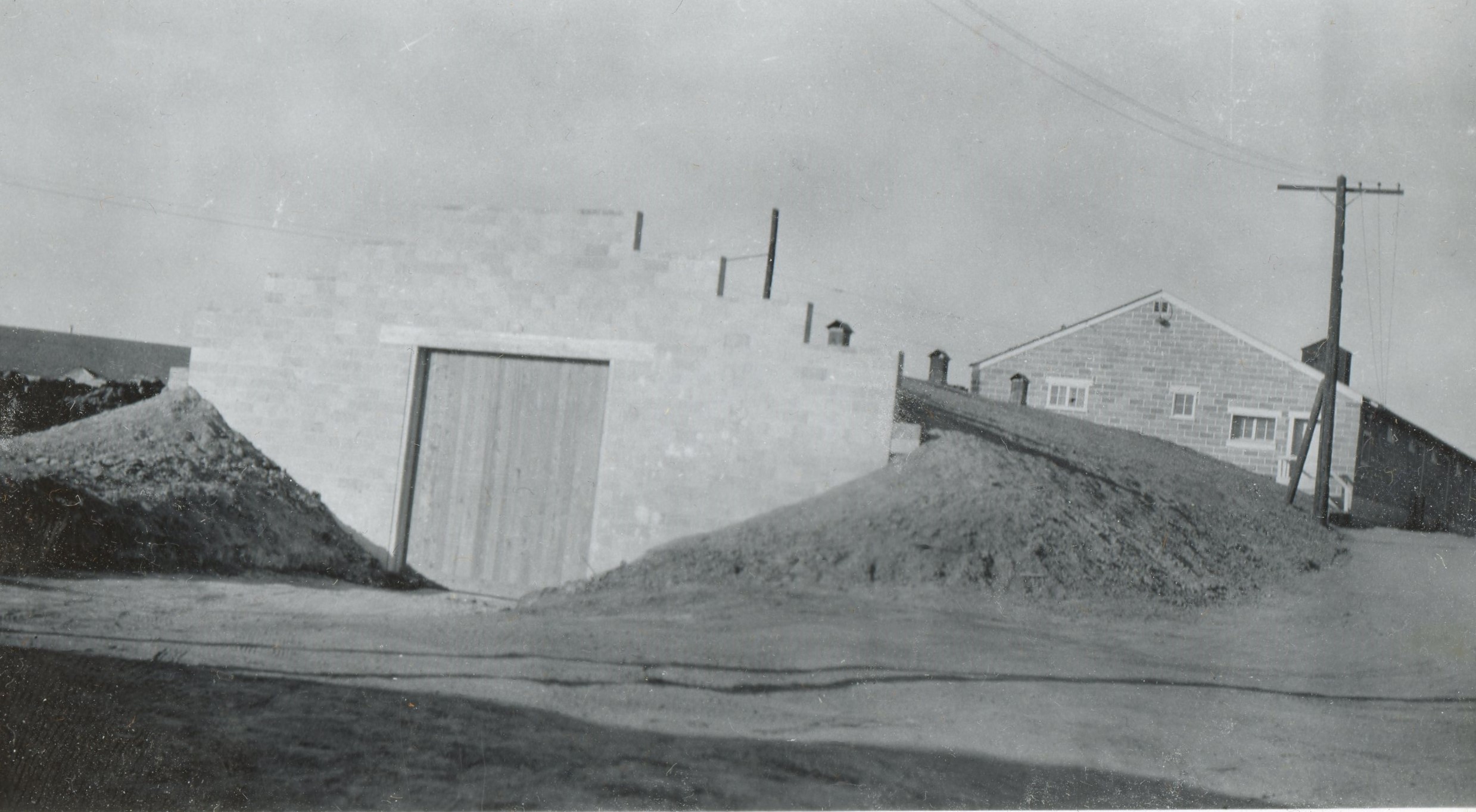 In 1918 the Bamberger Railroad purchased land just east of Main Street in the area of 59 East Gentile Street. They built a depot and a Produce Warehouse for storage to ship produce for local farmers.  In 1926 a frost proof potato cellar was added.  This gave the warehouse area a total of approximately 7,200 square feet of storage.

Hines and Company was founded and incorporated April 28, 1936 by Norman Richard Hines with Clarence Layton Bone as partner and plant supervisor. They were in the business of buying, storing, selling and shipping the produce from local farmers.  Besides their Layton location, they had warehouses at American Fork and Tremonton. The Hines plant ran from September thru mid-February with a staff force of fifteen to twenty people.

The Ogden Standard Examiner dated September 12, 1946 gives this glimpse into the workings of Hines and Company “Davis County’s choice onions and potatoes now being selected, packaged and shipped to distant markets will bring approximately $100,000 this season. More than 75 carloads of Utah No. 1 potatoes left this plant on the Bamberger and will be distributed for markets across the United States. Another 50 carloads will be stored in the Layton cellar for shipment to markets in late winter or early spring. The potato crop is divided among the Bliss Triumph, Cobbler, Russet and Catahdin varieties.  Growers this year are receiving $1.39 per bag for No. 1 potatoes and 44 cents for No. 2s.

In 1959 it was decided the land in the area of the Bamberger Railroad and Hines and Company warehouse was needed for the new freeway being built.  The I-15 construction and overpass over Gentile Street took place over the next few years and was completed 1965-66.  Hines and Company warehouse was demolished during this time and the business was moved to 1140 West Gentile, adjacent to the Denver and Rio Grand Railroad tracks. The Weekly Reflex January 6, 1959 states:  “The final trip of the Bamberger Railway passed thru Layton last Friday afternoon.  Mrs. Buckley was the Layton agent there from 1941 until 1959.  She said the last carload shipped out of the Layton station was a load of onions from Hines and Company.”

The Hines and Company on West Gentile has grown and successfully continued in their business ventures.  It continues to be operated by the Hines family.