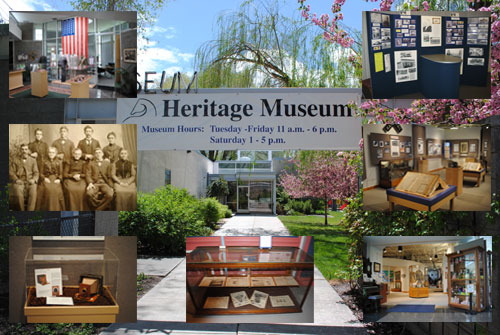 The Heritage Museum first got its start in 1972 when a group of citizens met to discuss the possibility of a historical museum in Layton. By 1973, a nonprofit organization, Pioneer Museum of Layton, was incorporated with the goal of opening a museum in mind. Two acres of land were provided by Layton City for the building site, and the nonprofit’s Board of Directors began to raise money. In 1976, the ground was broken and construction on the Museum began. The Pioneer Museum of Layton was able to successfully secure over half of the funds needed for the construction of the building; Layton City loaned the group the remaining funds. The Museum opened to the public on October 10, 1981 and the Museum and its artifacts were given as a gift to Layton City from the Pioneer Museum of Layton. In 1983, the nonprofit was renamed to the Heritage Museum of Layton, which it remains today. In 1984, the final payment toward the city loan was made, and the City Council returned most of the repayment to the Museum for expenditures. Today, the Museum and Layton City continue to have a close relationship: the City provides a generous budget and salary, and the Museum covers additional expenditures.

The first three pioneer settlers of what is now the City of Layton were Edward Phillips, John Hyrum Green, and William Kay. These Mormon pioneers first established farms in April of 1850 along the banks of a stream that later became know as Kays Creek. Edward Phillips and John Green arrived a day earlier than William Kay, but when an LDS Church ward was established in January of 1851, William Kays was called to be the LDS bishop. Consequently, the fledgling settlement was called Kays Ward after Bishop Kay. However, in 1856 William Kay left the area to colonize in Nevada Territory so the name of the settlement was changed to Freedom. The settlement was known as Freedom from about 1858 until 1863 when the name Kaysville came into widespread use.