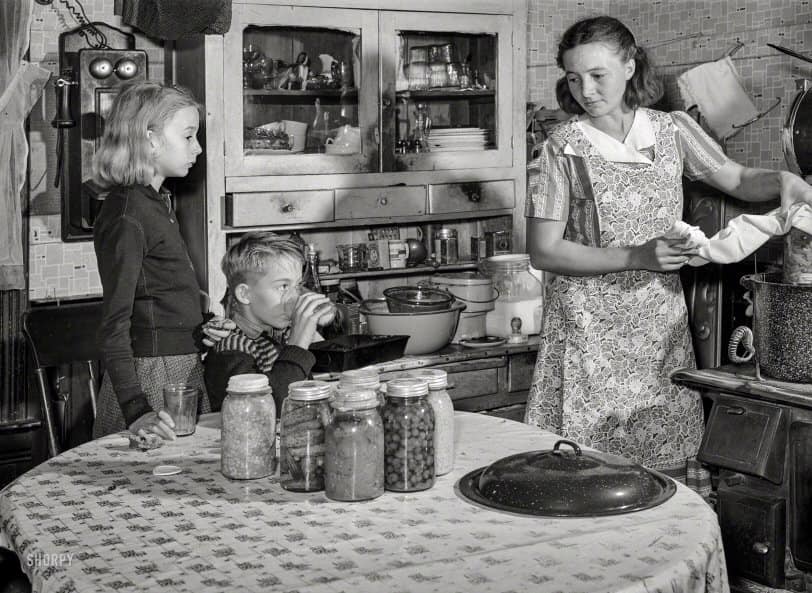 Those rows of gleaming bottles of peaches and applesauce Grandma puts up every summer might not seem anything more than a quaint nod to past practices, but the process of safe canning was once responsible for changing the world.

People have always preserved their harvests for winter consumption, but until the early 1800s, drying, salting, and fermenting were the only options, limiting what foods could be stored and for how long. It wasn’t until 1809, when Nicolas Appert discovered a safe and reliable method of preserving food for Napoleon’s army, that heating and sealing food in airtight glass jars made it easy to store large varieties and quantities of food.

Appert didn’t know why (it would be 50 years before Louis Pasture explained how bacteria spoils food), but his method of boiling sealed bottles made it possible for armies and their stomachs to remain longer in the field the world over. It also fueled adventurous parties crossing the American West and ends-of-the-earth explorers uncovering secrets from the jungles to the poles. Mass production of tin cans helped make food cheaper and more readily available for city dwellers, expanding the average person’s diet and increasing their nutrition. Canning also increased the amount of food that could be stored in urban apartments, reducing the need for everyday shopping.

Thanks to Charles Ball’s invention of jars sealed with metal clamps and rubber rings, followed by John Mason’s screw-on top, at-home canning became a popular home process by the early 1900s, successfully preserving an array of fruits, juices, vegetables, soups, and sauces. Home canning was especially favored among rural women, who processed fruits and highly acidic items such as pickled vegetables in a bath of boiling water to kill germs. After the U.S. Department of Agriculture announced pressure cooking was the safest way to avoid food poisoning in 1917, housewives added ten-gallon pressure cookers to their kitchens to process foods lower in acidity, such as meat, poultry, vegetables, and dairy products.

While fewer modern women go through the work of canning these days, many of us have fond memories of meals improved by homemade jams, jellies, pickles, and fruits. Perhaps those memories will inspire us to try our hand at preservation in our own kitchens.