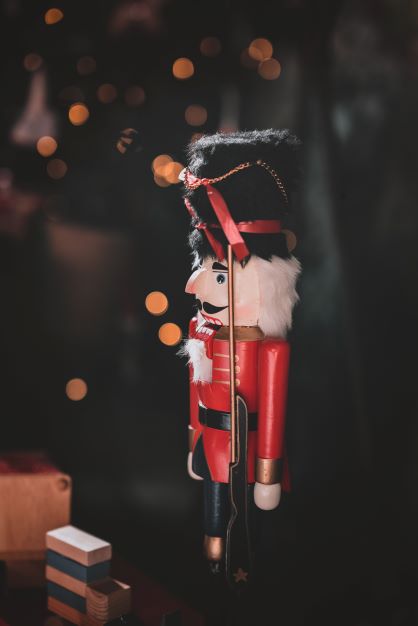 By Shelley Dawson Davies
For many people, it isn’t the holiday season until music from The Nutcracker ballet begins to play. The story of Clara and her toy nutcracker who comes to life as a prince has enthralled children and their families on ballet stages the world over ever since 1890 when Russian composer Peter Ilyich Tchaikovsky’s original score was first performed in St. Petersburgh. While the charming ballet was danced in New York City in 1940, it wasn’t until The San Francisco Ballet’s 1944 complete version created by artistic director William Christensen that the ballet became part of America’s Christmas traditions. The New York City Ballet under the direction of George Balanchine in 1954 began yearly performances of The Nutcracker that almost every ballet company now counts on to generate interest in dance and much-needed funds. When William Christensen later relocated to Salt Lake City and founded Ballet West in 1963, his popular Nutcracker followed him, where it continues to be a beloved centerpiece of the holiday season.
The Layton Heritage Museum joins the celebration this year with a Nutcracker-themed lobby paired with Winter Celebrations Around the World. Drop by with your family to enjoy nativities from Ecuador and Fiji, Ugandan ornaments on a Baobab tree, items from Swedish St. Lucia Day, a Mexican Posada, a “carp in the bathtub” from Eastern Europe, and an Italian Presepio which changes characters depending on the day.
The exhibit will be open from November 21 – December 31. Extended hours will be November 21, 6-8 pm during the Holiday Lighting Ceremony, and November 29 – December 1 from 6-8:30 pm during the Davis Arts Council’s Active Pages event!